Oh what an exciting time we have just had…

… And the cause of all this excitement:  My book has come out.  It is officially available in bookstores in New Zealand and Australia.  When it all started just over a year ago I said I wouldn’t believe it until I had a copy in my hands.  But holding it in my hands still didn’t make it seem real enough, so I told myself I wouldn’t believe it until I saw it in the shops, and I’ve done that and I still have trouble getting my head around it, so now I think I just need someone to pinch me to prove it’s not some kind of dream I’ll wake up from in about 8 hours. 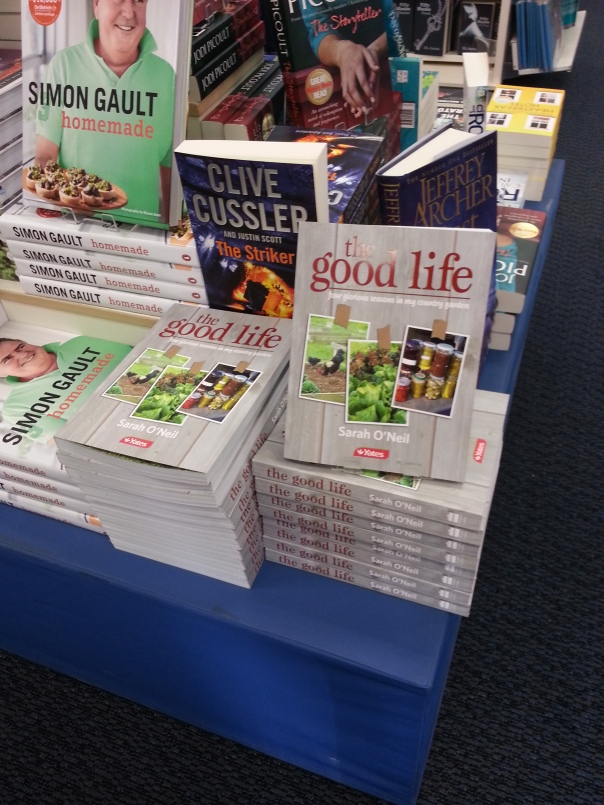 Me and Clive Cussler – side by side – who ever in a million years would have thought it!

But it is all official.  One of our local bookstores put it out four days early and we got the shock of our lives to see great stacks sitting on the table beside other esteemed authors.  I was gobsmacked! Of course I took a photo – it seemed like the right thing to do.

Then we had the official book launch and it was such a lovely party.  It wasn’t in some swanky establishment with people wafting about schmoozing.  It was where is should be – in the garden that made the book possible. And the continuing drought and hot temperatures for once became a blessing as they helped make the garden the best venue for the greatest book launch – garden party I’d ever been to.  Having said that I’ve never been to any other book launch – garden parties before. 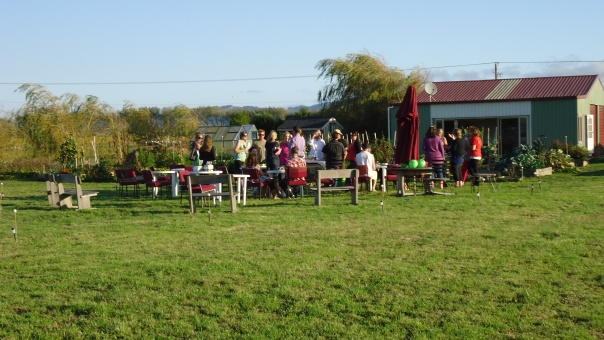 Everything about this launch was awesome: awesome venue, awesome friends, awesome weather, awesome everything! Just how I imagined it in my head.

As the book had its origins in a blogging competition where voting was required and often achieved through shameless cajoling of my nearest and dearest friends and family, it made sense to have them amongst the guests of this grand doo.   The book is a family affair and so the launch invitation was extended to entire families and it does my heart good to see the garden alive with throngs of happy kids running about freely against the backdrop of a setting sun – long past the bed times of most of them. 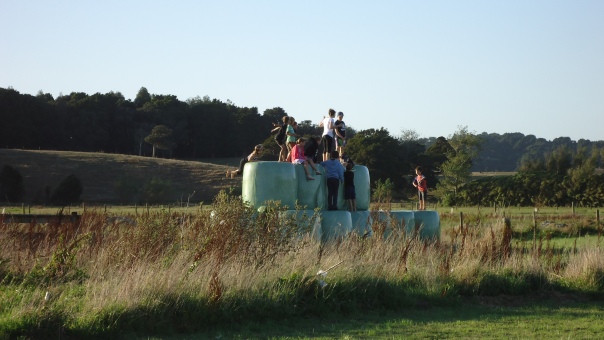 A country party isn’t complete without kids enjoying the ability to run free in a field as the sun goes down.

Glasses were clinked and bubbles drank, and everyone who helped this book come into being was thanked, and the warmest, most genuine hugs were shared, and as the evening wore on strategically placed fairy lights sprung to life as the sun disappeared and the most amazing star-scape appeared in the cloudless night sky and the book aside, it was the most wonderful party we had hosted in such a long time. 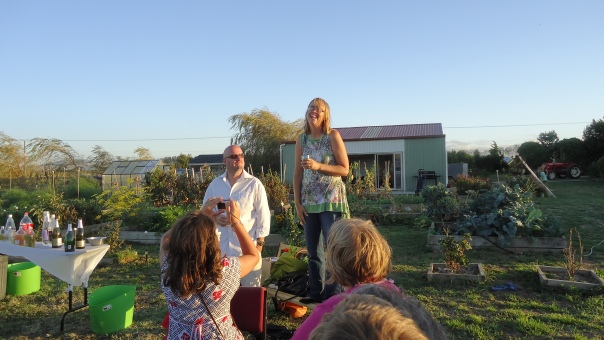 I find standing on a chair, with a glass in my hand and Hubby the Un-Gardener by my side makes public speaking so much easier!

The morning arrived with little chance for fragile heads to warm up gently… the “oh my goodness-ing” got another opportunity to show another version of itself as the glossy lifestyle section of one of the country’s largest newspapers had an article about me and the book.  I knew it was coming, but didn’t realise it would have a full page picture of me (I’m not all that good with photos of myself) and the whole thing was spread over three pages!  Luckily I can share it with you  >HERE<

But yesterday wasn’t about me or the book; we attended the most beautiful garden wedding where our friends were also blessed with the kind of day only a drought can provide.  Such a lovely couple. And now as the sun sets over my garden, I can look out from where I have exhaustedly draped myself and ponder just how blessed I am with my garden.

Life is good and I have been blessed

Come again soon – I still need to get out there and do stuff – the tomatoes need picking and things need watering, there is a drought on you know…

← You can’t have it both ways.
I think that is what you call success… →