The weather boffins have told all the newspapers we aren’t going to get a winter this year.  How can this be?  It is right there on the calendar.  Winter follows autumn and is that cold miserable few months that makes us long for sunny days.  It just wouldn’t be the same without it.

There may be hope for my pepper harvest after all

So how can this be?  The boffins told the newspapers that this month will be about 2°C warmer than normal.  I need to consider this carefully as my first reaction was “sweet, I don’t need to worry about my peppers – they can stay put for now.”  I have actually lost sleep over my peppers.  They have had such a poor season and I was going to dig them all up and move them to the greenhouse so they can get a jump on next season so we don’t have a repeat dismal performance next year.  Now I’m wondering if I should give them a feed or not.  I wouldn’t ordinarily feed plants at this time of year as it would encourage new growth that would just get hit by the first frost to come along. 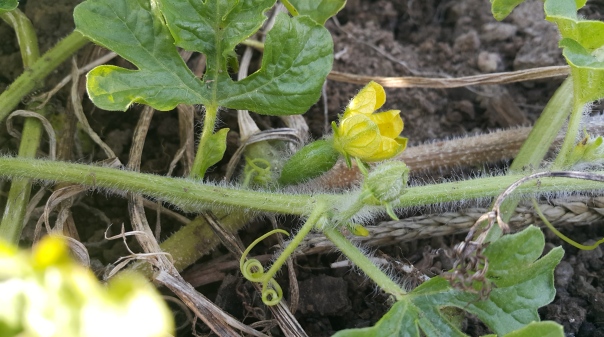 I doubt very much this baby watermelon will make it, but I can’t seem to make my self pull out what seems to be a healthy – but somewhat doomed plant.

But I can’t just sit back and think of it like a perpetual autumn.  The boffins have also said even though it will be warmer in winter, it doesn’t mean there won’t be frosts and cold snaps.  They have also said there should be rain later on.

Rain is something we haven’t seen a lot of lately.  You don’t really realise it until you look back over the weather records for the last month and see it in black and white just how little there has been.  It is a good idea to keep a copy of the monthly weather records and then use them to compare how the season has been, and also review how the coming seasons have been in the past so you have a vague idea what to expect.

How warm is a warm winter? Maybe these butternuts will make it to the point of harvest?

So considering we haven’t had much rain and aren’t likely to have much more for a while this is a little concerning.  I don’t want to bandy the word ‘drought’ about the place, but it isn’t looking great and the farmers seem to be a little worried. 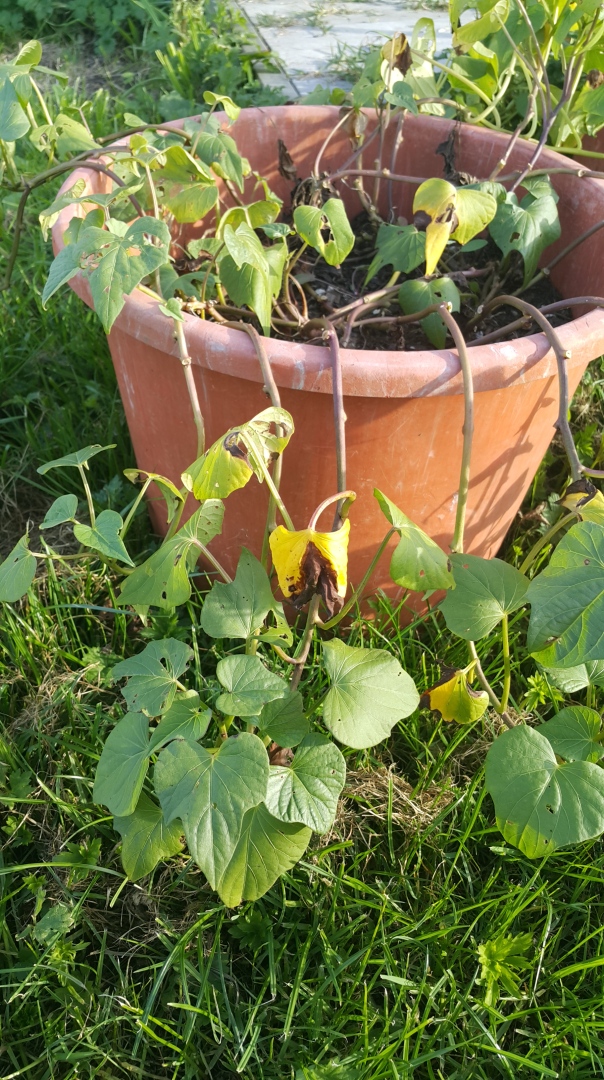 Even the sweet potato kumara have perked up, so I won’t harvest them until the leaves actually start to die off. This should mean a bigger better crop… hopefully.

Now the boffins blame this situation on a persistent high-pressure system stopping the cold weather blowing in from the south, so we are stuck with the warm weather sweeping in from the north.  Oh how terrible.  The surfers are happy.  The skiers aren’t.

And the gardeners…  well we are watching this space.   I need the cold to kill the bugs in my soil.  After all the blight I had, I’d hate to think of it just sitting there in warm soil – not being frozen to death. 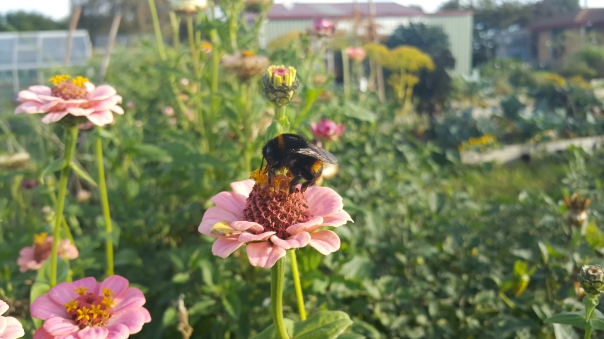 I was going to leave the flowers to go to seed to feed the birds – but they’ve eaten most of my wheat so I’ll dead head them and hopefully in the lingering warmth, there will be another round of flowers to feed the bees into winter.

Is there such thing as the perfect weather? There is always something wrong with it – too hot, too cold, to windy, too wet.   Maybe I’m just not easy to please.  Just call me Goldilocks.

Come again soon – the clean-up is coming along nicely.

← Burning with Fire.
Know what you want to grow. →