The things you do for spuds

Posted on September 29, 2016 by Sarah the Gardener

After making disparaging comments about how the seed potatoes at the garden centre were available far to early for growing in my neck of the woods, I strangely found myself at the checkout clutching a bag of Swift spuds.  It may be too early for growing outdoors, but surely it’d be ok to grow them in my unheated greenhouse… 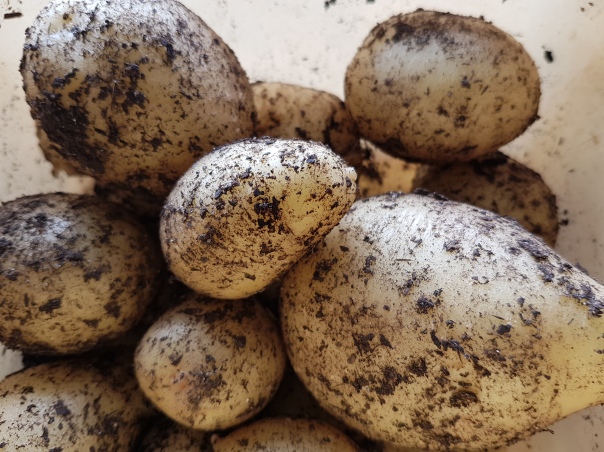 New potatoes are such a treat, gently cooked with mint and coated in lashings of melted butter…. hmmmm so very good!

That was 87 days ago, and since then I have cared for these apparently unseasonal goodies with all the passion of a new season tomato seedling.  I started them off, barely covered and as they grew I topped up the potting mix and compost blend.   I fed and watered them with great care and attention as they were the only things going on in the garden and I really needed to itch that green thumb.  And they flourished magnificently. 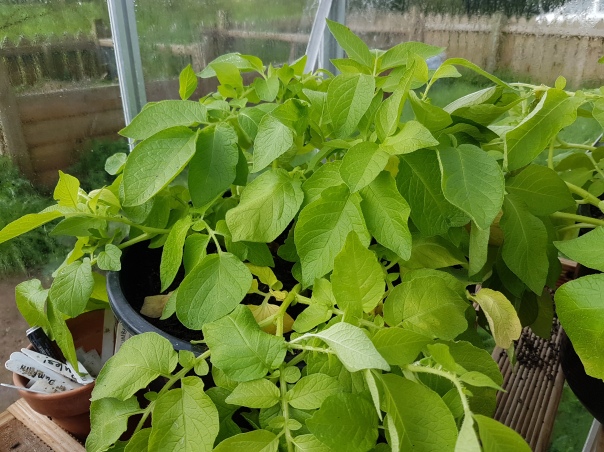 I think maybe next year I won’t be so quick to judge the garden centre with their early season spuds, but will be quick to get them in my trolley!

Then I made the decision that they would accompany our dinner of roast lamb so well, it was worth digging them up three days early.  The yield was pretty decent and enough for two good meals.  I still have four more containers of spuds to get through as we enjoy fresh spring produce.

However it was the other things I found in the container that kind of freaked me out.  I knew they were there, but not in such great numbers.   I had been plagued for ages with woodlice and ants in the greenhouse and had repeatedly tried many ways to get rid of them but without success.  So I decided to let them make themselves at home amongst my spuds and then, upon harvest I could remove the entire population in this sacrificial soil. Although it was kinda creepy while digging through looking for spuds.  I’ll have a good look in the greenhouse today to make sure they have been evicted for good.   Now I just need to deal with the white fly before it finds my tender wee seedlings. 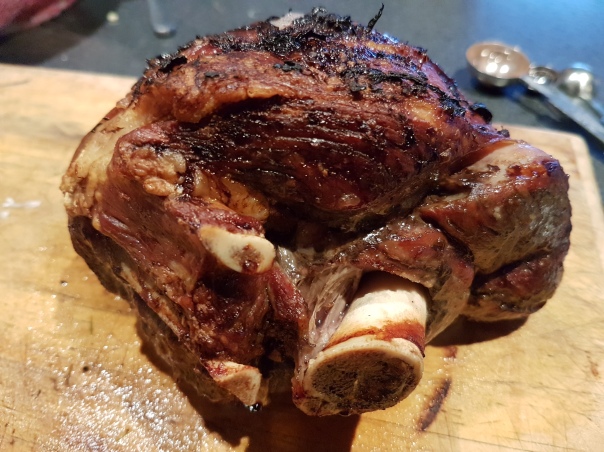 Oh and for the record the meal was delicious. Home grown everything is an amazing way to eat.

← Green life
Spring back in time →

6 Comments on “The things you do for spuds”