A gigantic success of sorts.

This weekend was the culmination of months of worry and fretting.   Since the spring, I have been a participant in the Celebrity Challenge of The Great Pumpkin Carnival.   My Giant Pumpkin seedlings were planted with care and pampered with love in the hopes of being able to come out victorious.  In particular, I really wanted to be able to say I had beaten an Olympian at something as one of my fellow celebrities has an actual gold medal from an Olympic Games and is a well-loved household name.  Besides I’m a gardener where none of the other competitors were – how hard could it be? 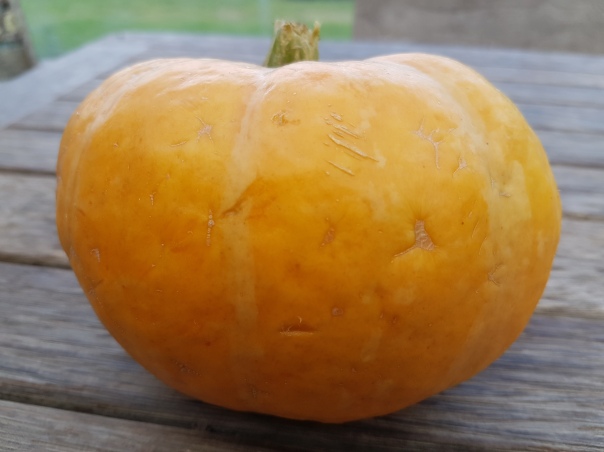 My entry. If you get really close with the camera the pumpkin can actually appear larger than life.

We have had success with giant pumpkins before.  Our first one was an astounding 72kg and back then we didn’t know what we were doing.  Each year it became a family challenge with everyone taking on a plant and ignoring it until it was time to determine the winner.  Each year we’d get at least one pumpkin worthy of being called giant at around 20 – 30 kgs.  But nothing like that first year.

Had I’d known there was a category for the smallest I would have tried harder!

So the only year when it really meant something to grow a biggy and things conspired against me.  The first mistake was I tried something new.  I wanted to grow my painted mountain corn, but it needed to be far enough away from my popcorn and my sweetcorn so it wouldn’t cross contaminate.   So I decided to try a two sisters version of the three sisters technique.  As we don’t really like beans all that much I didn’t see the point of adding to my harvest with a crop that would only be there to legitimise the experience.

Wow – this is something to aspire too. Maybe next year!

But the painted mountain corn ripened quickly and the Pukeko (well I’m laying blame on these feathered varmits – but I could have easily been rats, but I don’t like to think about those running amuck in my garden) sniffed them out and stripped the cobs.  And in the process completely trampled my pumpkin patch and all the plants withered and died leaving a whole lot of unfulfilled potential.

How cute are these?!

The first lesson I learnt is don’t try new and fancy things when there is something important riding on the outcome.

The second problem was way out of my control.  This stupid soggy season.  I’ve gone on enough about this so I’ll leave it there other than say it didn’t bode well for my giant pumpkin chances.

There were many entries and had the weather been nicer there would have been more. This was just one of the many categories to enter a whopper into.

However, there was a light at the end of my tunnel.  The weather briefly settled down enough for my poor plants that I’d left to languish, rallied themselves and put out a new burst of life.   It gave me a month to create a miracle.  I wouldn’t have to go to the Carnival empty handed and shamed.   I managed to grow myself a lovely 1kg pumpkin and I was grateful. 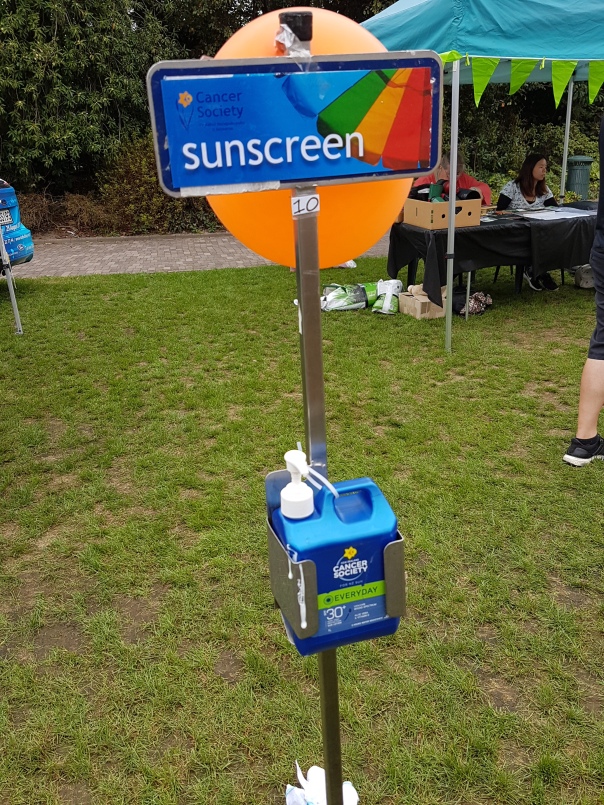 So off we went with my hopes of a win in my handbag for a fun filled day of pumpkin fun.  There were all kinds of pumpkins of all shapes and sizes entered into a vast array of categories.  From baking and cooking, to carving and decorating, to wheeled racers.  There was something for everyone.  There were plenty of pumpkins way bigger than mine and even a couple that were around the 675kg mark.  But in my favour was talk that the numbers were down this year because of the weather.  I could only hope the other celebrities were equally challenged.

But it wasn’t to be.  Even the sodden pumpkin that had had an accidental run in with some weedkiller and stored for safe keeping in the freezer was heavier than mine, but not by much.  There was another that could have easily been brought along in a handbag like mine, but even that was heavier.  The saving grace for me was mine was weighed first so I could claim the heaviest weighed pumpkin – if only for a minute.  The deserved winner had managed a whopping 8kg.  My determination for next year is stronger than ever – if they’ll have me back and don’t discount me as not worthy to invite again.

Everyone is concentrating – there is a lot at stake!

All was not lost though as there was one more challenge to put us celebrities through our paces – decorating some pumpkins in 5 minutes.  We could carve or paint.  I figured paint was safer as I’m a tad accident prone at the best of times and wouldn’t want to lose valuable minutes while someone bandages me up and mops up my blood!  I started with blue because it was in front of me, but the brush frustrated me – I could never stay in the lines on paper, let alone on a pumpkin and my carefully thought out plan went out the window as I slathered paint across the pumpkin with my fingers and created a strange blue creature with green and yellow eyes and a dubious pink smile.   I used a fork intended for the carving process to create waves through the gloopy blue paint for a hair like affect.

What can I say – my creative process is always a tad messy, but good things always come out of it.

As they called time I looked across at the other pumpkins and saw what must have been ordered and controlled creative processes.  Mine on the other hand looked like a bomb had gone off.  There was paint everywhere!  It must have been of some comic entertainment value as when the audience were called to shout out the loudest for the best pumpkin, I was surprised to find myself the favourite.  And just like that I picked up the cutest trophy and can now say I beat an Olympian at something – I needn’t say how though… it is the winning that counts.  HEHEHE.

This shall be displayed in pride of place to remind me of a fabulous day… and beating an Olympian! : o)

Finally, the event wrapped up with many of the larger pumpkins being rolled down a hill and smashing into smithereens to the delight of all who had enjoyed a marvellous day out.  I have to say – if you do find yourself at a loose end this time next year and can make your way to Hamilton for The Great Pumpkin Carnival, you will have a fabulous time.   Or even better still – come the spring, put a seed in the ground and set a huge goal for growing a whopping pumpkin.  Next year it could be you!

Come again soon – there are a peck or two of peppers that need attention.

2 Comments on “A gigantic success of sorts.”