Sector three was once the outer edge of the garden.  I’m not entirely sure how it has become part of the heart of the garden, but I think I may need a fence.    I’m really pleased with my sector systems as it helps break down my large garden on so many levels – weeding, watering and feeding a sector a day makes the insurmountable achievable.   It doesn’t matter that there is a raging weedy mess in bed 30 zone 5 – that can wait until Friday.  But I found in the height of the season the little and often approach almost completely eliminated the weedy mess situation.

Sector three with the successional planting of the salad bed in action.

But also, as I plan the garden, I’m able to break it down into manageable chunks and make sure I have a good understanding of what I want to grow and where it will be put instead of creating a giant list of ‘ohh I want that’ and ‘I must have that’ that ends up causing problems later on when it comes to emptying the greenhouse of thousands of lovingly nurtured seedlings with nowhere to go.  I may be a bit of a geek, but as well as creating a list – I’m also creating mini maps for each garden bed so I know not only what goes where, but how many seedlings I’ll need.  I normally grow a spare and a back up for each seedling needed.

I’m also examining each option to make sure it fits in with how we will end up using the produce in the end.   It isn’t really ideal to have a glut of something you don’t like or won’t use in more than one dish.  And while friends and neighbours often appreciate your excess common veggies, they may not share your enthusiasm for the weird and the wonderful.   I need to remember – at the end of the day my main aim is to feed my family in a self-sustainable way.

Not a bad carrot

Good things take time – and I’m enjoying turning this into a drawn out process, savouring the moment, especially as  the garden is still drying out.   Bed 13 is the first one in Sector 3 and it has already started to be filled with a row of carrots.   Last year it had the spuds because the spuds are great for loosening the soil and it just so happens carrots like loose soil! Last year I vaguely recall some kind of bottle neck between these beds and the salad crops that will go into the bed the carrots were in.  We weren’t eating the carrots or the parnips fast enough which held up moving the salad crops which don’t mind the cool of spring and this in turn held up the brassicas.  My crop rotation wasn’t happening fast enough.  So I started my autumn carrots in their new bed not their old one, but the parsnips need a bit of a hurry up – they’ve been in since spring and have had several frosts on them and are in prime condition to eat.  Maybe we’ll have parsnip fritters tonight.

We do love parsnips but I just forget to eat them.  So bed 13 will have the already existing carrots, some fennel and beetroot, which just happen to be there already too and parsnips which will be sown in the spring.  There is enough room in this bed for plenty of succession planting.

Not a bad harvest – I’m looking forward digging up this kind of bounty again soon.

Then the new potato bed is number 14.  The spuds go in on the 16 September because I’m a creature of habit and the Jersey Bennes are a Christmas favourite that take 100 days to grow and the 16th September is 100 days before Christmas.  Not only is it cool to dig them up moments before Christmas dinner, but they charge a fortune for these in the days leading up to Christmas and so I feel good in a financially challenging festive season I’m actually saving money.   This is also when I plant the other varieties that take a little longer.  The choice is usually based on what is available and how best they can be used in our kitchen. 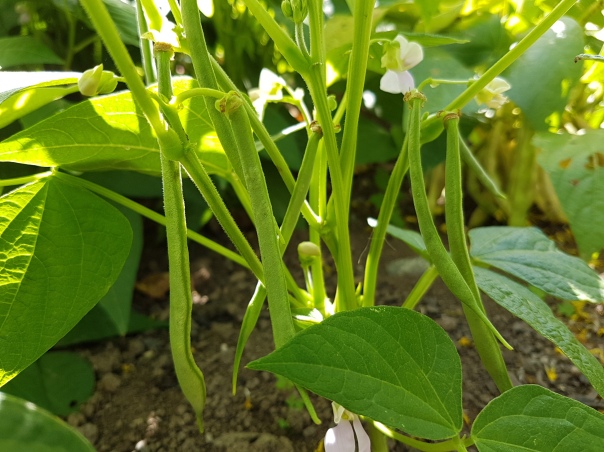 I grow beans the easy way. Pretty much set and forget!

Bed 15 becomes the bean bed and the broad beans have been in there since the autumn.  I am a sucker for punishment as these have to be the least liked things in the whole garden.  But one day I might just like them – you never know…  I tend to grow an ordinary dwarf green bean, a yellow one and a purple one for the token bean eating business as we don’t really like beans all that much.  But we do eat a lot of kidney beans.  I have grown them for several years and they are so simple – just plant them and then leave them until the pods rattle!  This year I’m also going to try a Cannellini Bean because sometimes you don’t want a large red bean in your dish.

I’m terrible at meal planning and often decide hours before we eat what we are having and the concept of dried beans doesn’t fit with this approach.  So what I do is I soak all of the beans for the required time and then drain them and freeze them.  When I decide on a whim I want to use them I just chuck them in a pot and boil them until soft and then add them to my dish.  It seems to work well.  In the meantime, I have to eat a lot of leeks because they are still taking up a lot of space in the soon to be bean bed.

There are always leeks in garden. They come in so handy in winter meals.

Following on from the beans is Bed 16 which is the onion overflow bed.  It should have things in it at the moment but the weather has conspired against it.  So what will go in there soon are some shallot bulbs saved from last year, some shallot seedlings, Red Onions, and maybe the left over Pukekohe Longkeepers and Hunter River Whites – if there is space.  I have to also leave some space for the leeks that will go in in the spring. 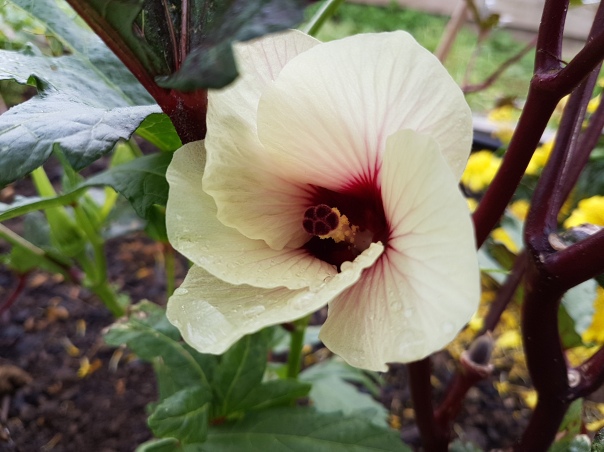 Okra flowers are so beautiful

Next to the soon to be onion bed is last seasons brassicas, which are still host to the autumn ones.  They should be well gone by the time we need the bed for the odds and sods.  This is generally for things that don’t fit in anywhere else, like the eggplant and okra but also for fun things like popcorn and peanuts.  There is also a bit of space for something fun.  Last year it had tomatillos in there but I had to admit I don’t actually like them enough to grow them again so the seeds will be off to the seed swap at the library.  I’m not sure what I’ll put in there yet…  In the past I have tried asparagus peas, marshmallow, epazote, sugar beet, caigua and some I even gave a second chance but all won’t be back in my garden.  Maybe I’ll just save the space for an extra left over favourite thing.  I must be getting more sensible as I get older…

Then the new brassica bed is the old salad bed.  This also has the usual suspects – broccoli, Romanesco, cabbage and a red cabbage or two for good measure, possibly a cauliflower, kale and kohlrabi and that is about it.  There is space in the bed for 16 brassicary things.  So it will be a mix of these, depending on which ones we eat the most of.  Brassicas can all be a bit boring to be honest. 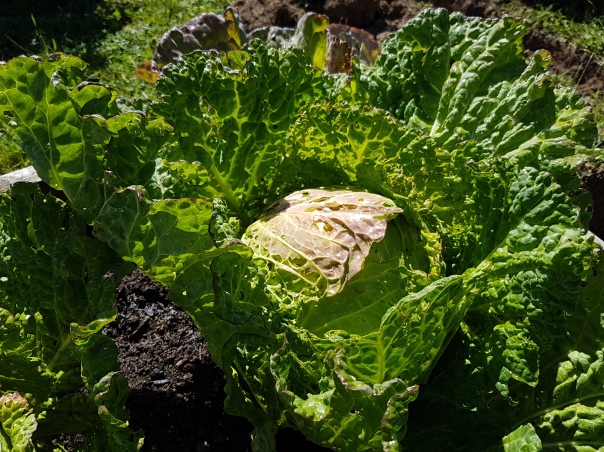 Some cabbage can be good looking

After this there is only one last push on the planning front.  It does include the flower bed and goodness knows what I want in there.  It should be interesting.

Come again soon – The planning stage is one of the bigger winter projects – after this I’ll have to do things like cleaning the greenhouse.