This is a strange time of year in many ways.  Ordinarily we aren’t here at all, but off beside the sea somewhere soaking in the summer sun and doing some well deserved relaxing after a hard year of hard yakka.  Sometimes we’re in a tent – although not often.  I’ve long since decided sleeping on uneven ground under a thin piece of fabric that is freezing cold when you go to bed and boiling hot, yet a little damp when you wake up, having spent the night listening to a mozzie buzzing about your head hoping it doesn’t land and bite your face (the only part of you exposed due to the cold).  Then having to crawl out of bed on your hands and knees to emerge from the tent is the final indignity.  Nope, I think camping is best left to the younger people and I’ve been that young person for my fair share of years.  Fun times, great memories. 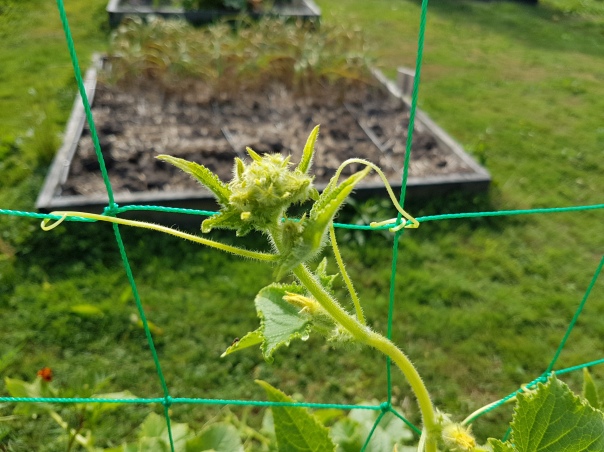 Cucumbers hanging on for dear life.

Other times we would be more civilised in a cabin with essential facilities like electric, running water, proper beds and if we’re lucky Wi-Fi. But in recent years it has been out on the boat that spent several years languishing in my back yard while Hubby the Un-Gardener had it done up.  It makes time spent out on the water in it so much more wonderful because we made it happen – from repairing the rotting sides and replacing almost everything, to choosing sea themed cushions and installing the USB connectors to keep phones charged to take great photos of summer fun.

One day I’ll find out what these tomatoes taste like. It may or may not be this season, but I don’t mind waiting.

But not this year.  We took a few short days to spend Christmas with family in other parts of the country and then instead of heading off to the boat for sun, sea, swimming, fishing and fun, we came back home.  It feels weird calling it home.  It is still home, but not for much longer.  Already there is the hint of an emotional disconnect. But then it is still very much the place we love.  My heart often asks, “but why are you giving all of this wonderfulness up?” and I feel momentarily sad.  But then we make a quick visit to the new place and the overwhelming delight that land offers remind me exactly why.  It would have taken a pretty special place to make me give up my garden and the new place is incredibly special.

These kidney beans will make a heart warming chilli con carne for the new people in the winter. It is like a house warming gift that just keeps giving.

My feelings towards the garden are strange.  In the beginning of the process, I was adamant I didn’t want to give it up and wasn’t sure what I would do.  But in the short days since the sale.  It has only been two weeks; the garden has changed.  It is really strange.  I no longer think of it as mine.  I am a custodian for the new people and I want to make it nice for them. 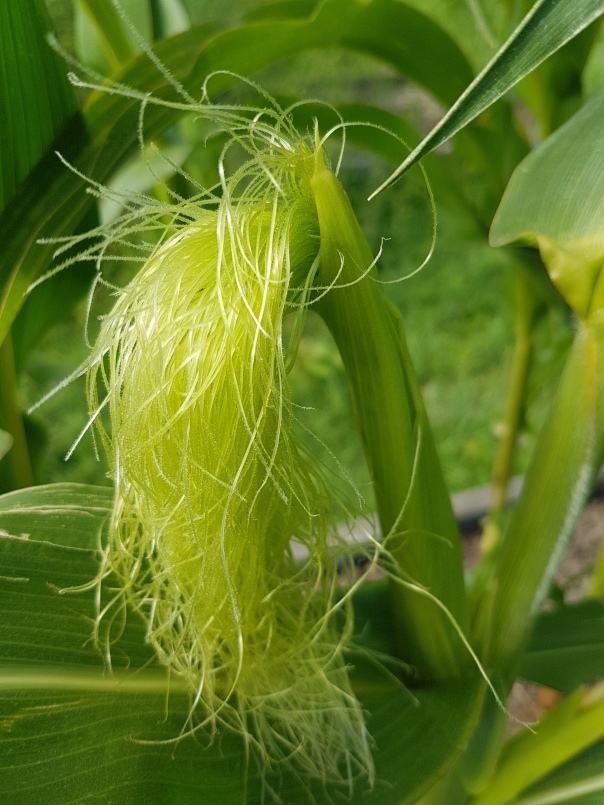 I probably won’t have a lot of time in the near future to watch movies and eat homemade popcorn so its best to leave these where they are.

So, during this time when we are normally on holiday, we are here doing the arduous task of packing up ten years of clutter and accumulation in preparation for the move that is also measured in weeks, but only just as there aren’t that many of them.  And I am keeping the garden in order.  Normally at this time the garden grows unchecked and unruly without a caring hand to guide and direct its tendrils, remove its weeds and harvest its bounty. 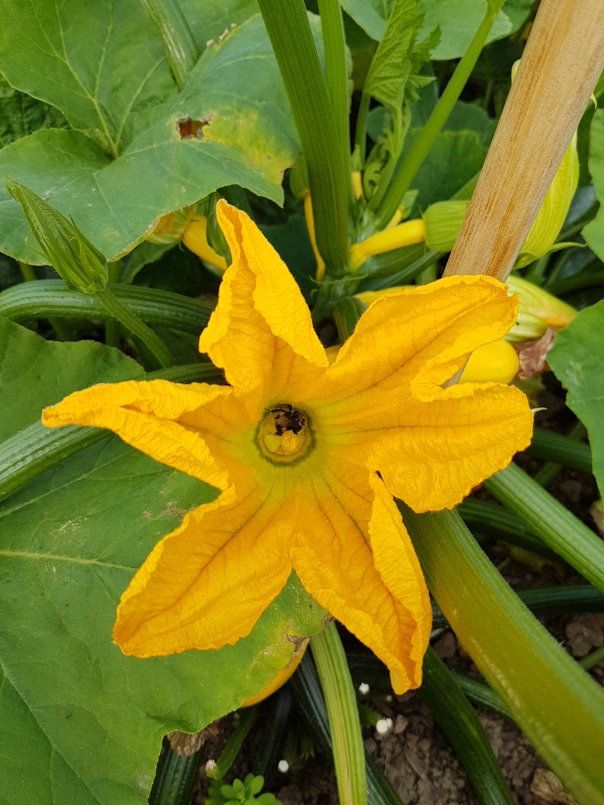 The garden doesn’t even realise there is change in the air and continues to do what it does best… growing and producing a great crop.

It is lovely to be here at this time and be among this verdant growth.  But as I tie in the tomatoes, I’m left wondering what the new fruits among the plants named from A to Z will taste like.  But I remind myself there is always next year – I still have the seeds.  As I move onto the next bed and train the out of control cucumbers from going everywhere, except where they should, my mind moves on to other things…  new things and thoughts of the possibilities of the new garden fill my head and I can’t help but feel excited.  The new tastes of the tomatoes will be worth the wait.

11 Comments on “The in Between”