With the trauma of the recent storm behind us and any bad weather ahead of us already firmly blamed on the fact it is the school holidays because it always happens that way.  The moment they go back in a couple of weeks the sun will be shining and it will be the best conditions we will have seen in a long time.  The house has stood up to the conditions admirably and gives us such confidence going forward that it will be a safe home for our family well into the future.  I can let out a sigh of relief and return to delving into the wonderful world of dirt.   There isn’t much time left before I can get out there and get my hands dirty, so I’d better get a wriggle on, understanding how to use it well. 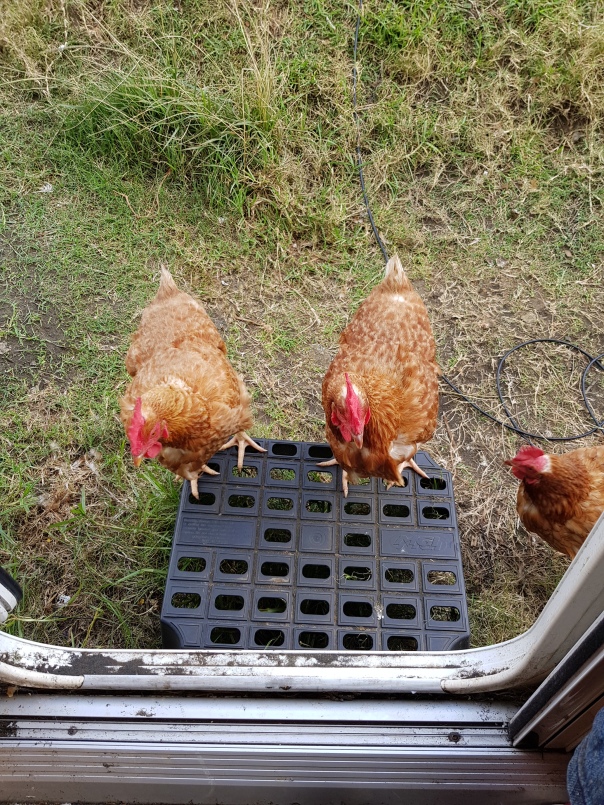 What is it with chickens and their need to linger near the door! I wouldn’t mind so much if they didn’t deliver the fresh packages on the path to the door!

Last time we explored they way plants like to receive their food, cut up into teeny tiny portions of a molecular size.  However, this is a far cry from the way we deliver it to them.   We lob barrow loads of compost at the soil, bucketful’s of well-rotted manure and handfuls of fertiliser and clumsily mix it all in with a garden fork.  Compared to the fine dining going on in the soil, our contribution is rather rustic and about as far from refined as could possibly be. 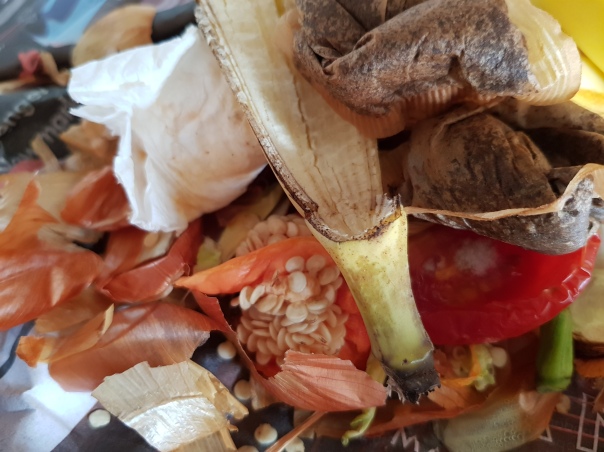 Nothing needs to be wasted. Today’s kitchen waste is tomorrows food!

So, the question to be asked this time is how does it get from chunky to tiny?  The common phrases we hear are it is broken down, nutrients are released into the soil and plants absorb them – as if by magic.  Now we know about the absorbing bit, so what is involved with the breaking down and releasing?   If we start by looking at the common things chucked into the garden to ‘enrich’ the soil, we can get an idea of what we are starting with.

Gardeners are strange folk.  There aren’t many people that would delight in a trailer old of animal poop delivered to their door.  But this stuff would be similar to receiving a trailer load of gold dust to the right person.   But there are conditions.   It must be the poop of a vegetarian animal that grazed upon lands not recently sprayed with a systemic herbicide – some of these things can pass right through!  And it needs to be well rotted before adding it to the soil in the presence of plants.   Fresh poop still makes a great delivery, but you have to wait before using it and the best way is to pop it in a covered pile far away from any source of complaint and wait until it is no longer recognisable as what it once was.  Fresh poop can do more harm than good.  Once it is ready it should smell it a woodland floor and be nice and crumbly.

This is also a great addition to the garden to introduce organic material.  It can end up being a wonderful closed cycle in a well-run garden.  The spent crops are gathered up and put on the compost pile, the breaking down and releasing happens and what was once plant is now plant food and on the way to becoming plant again.

These are made up of ‘natural’ ingredients but more often than not, processed in some way, like blood and bone comes in a powder not in chunks of dead cow, rock dust is mined so it is a fine powder.  Fish emulsion doesn’t come with visible bits of fish.  It is to make it convenient for the gardener and also speeds up the process of making the nutrients accessible to plants.

These are purely man made to meet specific needs of the plant.  The nutrients are often non-plant based and sourced from mineral deposits and processed in a factory.   Sometimes seen as the bad guys in terms of delivering a healthy diet to the plant.  But the advantages are they can be pretty specific with the contents analysis, where the more natural products are down to the vagaries of what the animal ate or the quality of the soil the now rotted plant grew in.   These guys are often slandered as the fast food of plant world and not substantial enough for sustained growth.  But as we learnt previously – the plants don’t even notice where it came from as they absorb molecules far removed from how they started out and a magnesium molecule recycled though a chicken could be taken into the root hair immediately after one from a packet!  The plant isn’t fussy. 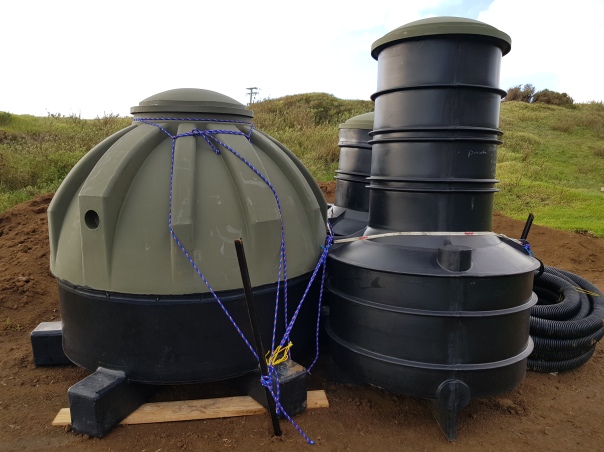 It would seem there is no getting away from poop! This will be the marvelous system that takes care of it all for us very soon.

So, we now know what the food is predominately made up of, but how does it get small.  How is it broken down?  Well there is a fabulous process called mineralisation.  This is just a fancy way to say decomposition, but if you look at both words de-composite is undoing structure and mineralisation is making something into minerals.  But not wanting to over simplify things it is a complex process using a wide variety of soil creatures from the micro organisms that get to work once something dies, and start to break down tissue for their own needs, to the earthworms, bugs, beetles and other creatures that love to eat dead things.  In doing so the dead material gets broken up into smaller pieces so the bacteria and fungi can access a greater surface area.

It is like a medieval banquet where the room is filled with all sorts of people for the occasion. The king cherry picks the good stuff and the quality of the servings diminish depending on the status, right down to the dog running off with a bare boar bone.  At the end of the day there isn’t much left, however, the meal does reappear in a day or so in a different format and it doesn’t really matter if it came from a lavish throne or a humble origin it is one step closer to being mineralised. 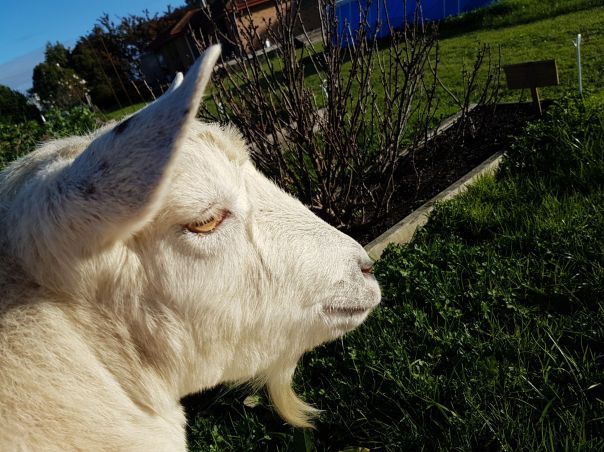 Our beloved Sweetie the Goat passed away recently and we miss her terribly – she was such a delight. As much as I hate to think about it she is probably about to enter the mineralisation stage soon. I should plant a tree to remember her by.

This happens when the micro-organisms release enzymes that oxidise what is left from the ‘breakdown experience’ finally turning the chunky into tiny in a form plants can use.  There are other factors at play here, like synthetic doesn’t need as much help from the micro organisms in the mineralisation process but gets there all the same.  But there it is in a nutshell – it is all a bit of a giant feeding frenzy and a whole lot of poop broken down into every decreasing sizes.

So, adding loads of organic material and fertiliser should sort out my sandy soil….  Or does it?

Come again soon – we are almost at the point of knowing what makes my soil tick.

← How bad can it be?
Just add loads of the good stuff →