Finally, after 6 weeks without decent rain (not counting the pitiful amount that arrived 4 days after the 115mm deluge), and enduring higher than normal temperatures, the dry spell has been broken.   This has been looming tentatively on the weather outlook for weeks, teasing us with its variably as it finds its final position on the forecast.   But even as recently as yesterday morning they were suggesting we would receive 140mm with 53.8mm of that happening in one single hour.  In reality we got just half of that – starting in the night and winding up late morning, finishing off with a rainbow. 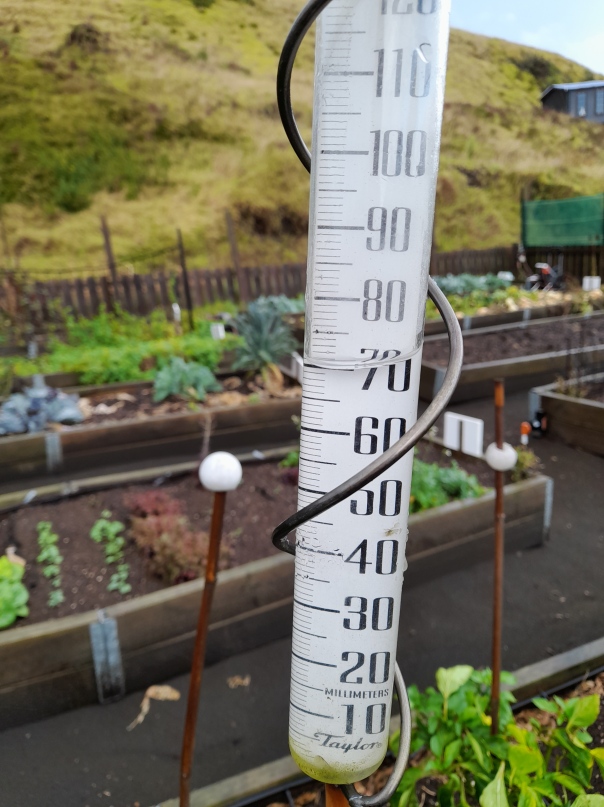 I’m happy with this amount of rain, for now, with normal seasonal top ups from time to time.

Fortunately this forecast from yesterday was quite far off the mark for us and was adjusted to a lot less by the time it got to us!

Other locations north of us fared a lot worse with our entire 70mm coming in just an hour and more than a month’s worth during the entire storm.  There has been flooding and damage to many places and properties, so we seem to have escaped the worst of it.

It was pretty bleak there for a while.

While this looks terrible, it had all drained away shortly after the rain stopped.

And the beauty of being on sand is, while the back yard was flooded with puddles while it was raining, since it has stopped it has all soaked away, locked in deep into the soil.  Just the kind of reset my soil has been crying out for.    There is supposed to be intermittent rain showers for the rest of the week, but nothing like today, so I need to plan carefully what I do next, but with a good deeply quenched soil the opportunities are exciting and once again sowing and planting is back on the list. 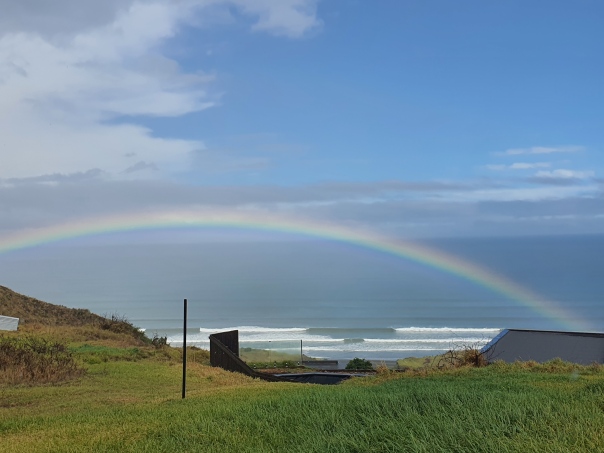 There is nothing like a rainbow to signal the end of a storm. 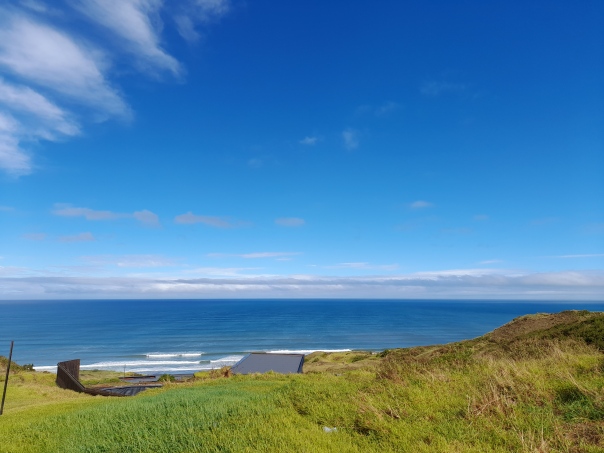 With the autumnal equinox occurring in the midst of the rain in the wee small hours, the season has quite firmly made its position known – we are no longer in summer, and there is no point pretending any more.  But that is ok – autumn is my favourite season – so long as it doesn’t transition too sharply into winter!

Come again soon – the garden and the gardener will be reinvigorated after today.

← Waiting for rain
A fresh wind is blowing through →

9 Comments on “The rains came!”