I’m really starting for make some great progress in the garden and the feelings of being overwhelmed are slipping away. There are some seriously dodgy areas that have gone way out of control and some pretty big projects on the go. Fortunately, only one has a deadline attached and I feel like I am on top of it for now. The other projects are self-imposed but if I don’t get them done then things are wasted, and the window of time will pass us by. But all in all, I’m feeling good about the garden. 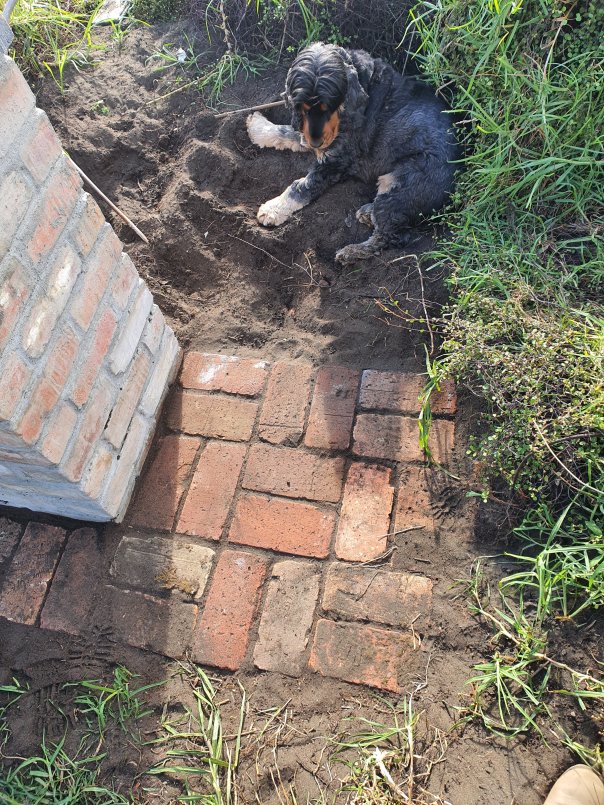 The big project with the deadline is the second room in The Palace Garden and the sundial / time capsule on the hilltop has been completely buttoned up. This week I found myself laying bricks around it for a solid viewing platform. I really enjoy the process of working with bricks. But the end of the job I could tell if things were even and level by just feel alone, although my trusty level and rubber hammer were never too far away to tweak the occasional wayward brick into alignment. I’m sure we haven’t seen the last of brick work in my garden. 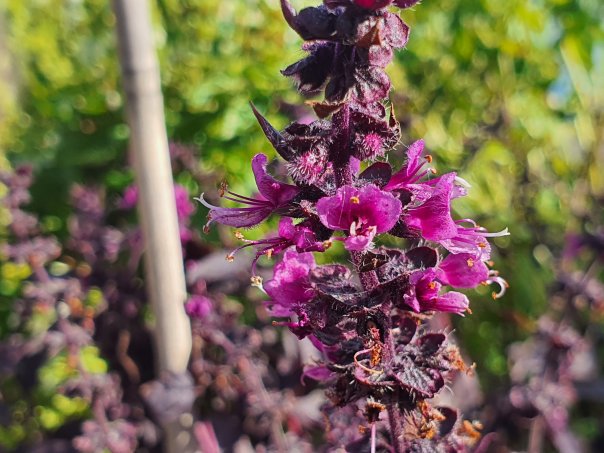 When you aren’t rushing by, you notice more things… Like how stunning the purple basil flowers are.

It was so satisfying to have another mini task within a big project completed. I’m still doing my daily weed pulling from the bare ground to remove the last traces of kikuyu and imagine they will still pop up for a while yet, albeit in smaller numbers but if I can keep on top of them, then by the time I’m ready to plant the ground should be well and truly clean. The next mini task is to create some steps to the hill to the sundial but at the moment this is more of an untested idea in my head so anything could happen.

Meanwhile down in the garden I received a poor leafless lemon tree that I have given the best care too in the hopes of restoring it to full health. It came in a bag with barely any soil. So, I popped it in a compost and potting mix blend with a slow-release citrus fertiliser thrown in for when it recovers. I also pruned off the dead branch tips and I watered it in with a seaweed tonic to help reduce the stress and promote growth and popped it in the greenhouse, so it is warm and sheltered. I am pleased to report that after just a week it is starting to show signs of tiny new leaves emerging. So far so good. 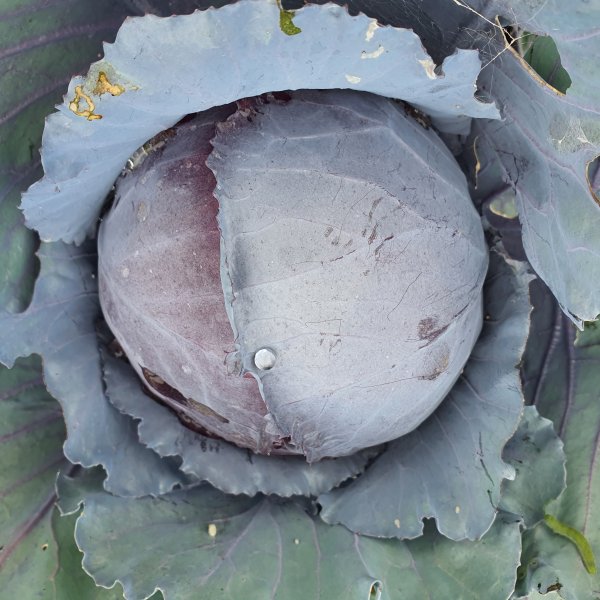 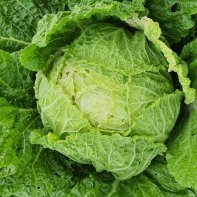 My seedlings, from the seeds I sowed the other week are started to pop up, which is great news, and the other seedlings I rescued seem to be bouncing back. Although I’m not entirely sure I should trust the brassica seedlings as they have a tendency to bolt straight to seed if they dry out at any point of their life. But it could be worth risking it as I have a brassica glut in the garden right now so we may be sick of them later. There are three red cabbages, a savoy cabbage, a Wong Bok and four broccoli all needing to be picked right now… I guess we will be eating a lot of cabbage and broccoli for a while. I’ll leave the broccoli plants in place as the side shoots can give several more meals while we wait for the new plants to get big enough.

The spring bulbs are safely below ground waiting to grow and their neighbours have had a bit of a weed and a spruce up.

I also did a lot of pottering around. It is nice to be able to just wander about and think ‘oh I’ll just take care of that’ instead of racing by and thinking ‘I’ll get to you soon…’ Some of my pots were cleaned up, trimmed back and repotted so everything looks fresh. My spring bulbs finally got planted with some lovely violas and pansies on the top. Tulips aren’t all that reliable for coming back for a second year, so I took a bit of a chance. I rummaged around in the soil in my pots and found all the bulbs. A few had disintegrated to nothing but a husk, but there were a considerable number of bulbs that looked ok. The thing is my new ones were pink, and the old ones were fire engine red, and they would clash terribly so I planted up two separate pots and for the pink ones the blue violas were planted above them, and the red ones have yellow pansies. There are also some Hyacinths and some Grape Muscari that will make such a lovely display in a few months’ time.

The flower garden before – the Gaura was quite unruly. 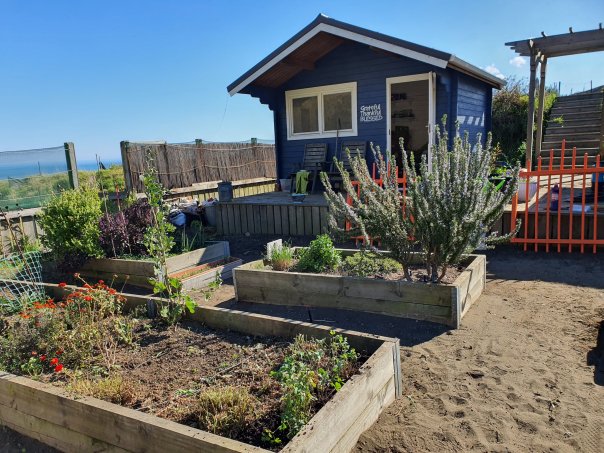 Well it has certainly been whipped into shape now!

But the most dramatic job I tackled was cutting down the Gaura. It had finally done for the season with only a few lingering flowers and the bees were no longer interested. I may have been a bit too dramatic, but last time I didn’t think I chopped them back far enough. Besides I’m toying with the idea of moving them to a different spot eventually – one that needs a thorough weed first so we have much work to do.

After seeing thousands of sunsets, some still manage to take my breath away

And finally, I gave the whole garden a jolly good drink because it was so darn dry. The last rain of note was over 2 weeks ago and even that wasn’t all that much. It is supposed to rain this week but I’m not counting my chickens.

← No Pressure
Getting Salty →