Sometimes you get an idea or see something on the great big internet and something compels you to give it ago. Sometimes this is a good idea and other times it is a case of never mention it again. I have loads of ideas rattling around in my head. I’ve started writing the more viable ones down on a ‘to do’ list so they don’t become forgotten. I also have a few ideas bookmarked on my computer that could be worth my time attempting. 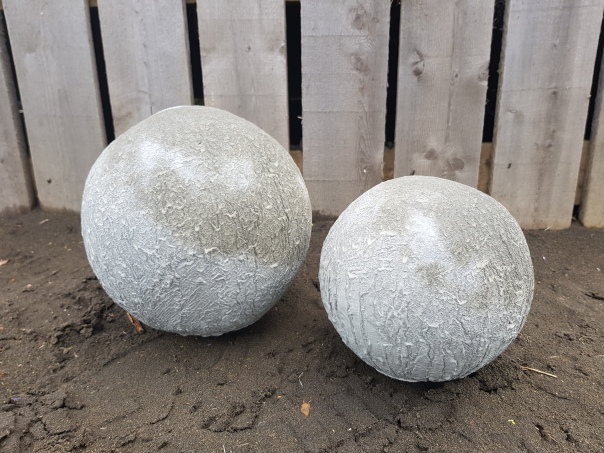 DID-DAH!!!! And here are my concrete beach balls I made in an attempt to create some garden art!

Over the last few months my You Tube feed has been inundated with a similar type of video, tempting me to try and have a go. I don’t know what the internet is trying to tell me, but I felt like it was speaking straight at me and it would be rude to ignore it. Besides, what it was suggesting was it was not only really cool, but quick – most of the videos were only 15 minutes long, and importantly easy – every single version got great results every time! 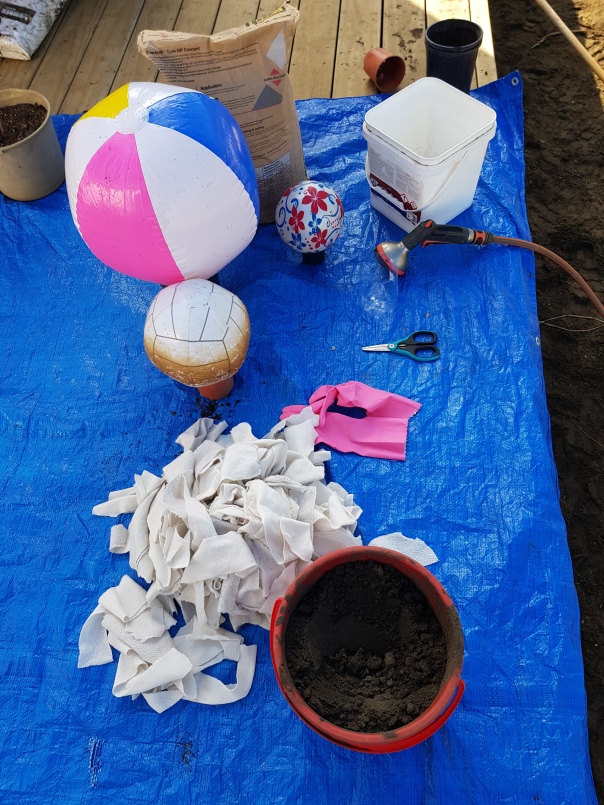 Here are all the bits and bobs I used to make the concrete beach balls – although in hindsight I have far too much cement and a chopped up pillow case may have given enough bits of fabric!

I rounded up two beach balls left over from the summer and a neglected cheap bouncy ball. The kids have loads of balls – they’d never notice it was gone! I ordered a large bag of cement, dug up a bucket of ‘good sand’ without an excessive amount of plant debris in it and nabbed and old winter sheet that had seen better days an cut it into small pieces. That part was probably the hard part as your really don’t appreciate how large a queen sized sheet is until you have to cut it up into small pieces. I ended up with a blister! 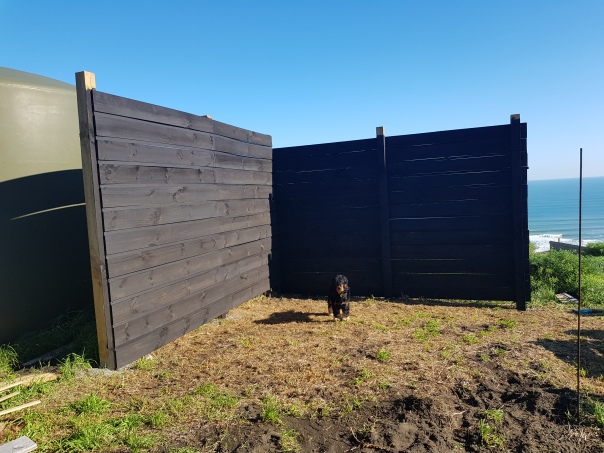 I love how the nook looks painted!

I laid down a tarp, so my nice new deck didn’t get ruined and set to work. I made a 50:50 mix of sand and cement and added water to make a rather runny mix. Then I mixed in a handful of shredded sheet and began applying it to the balls like doing papier mache. My expectations were at odds with reality and I learnt a few things in the making. 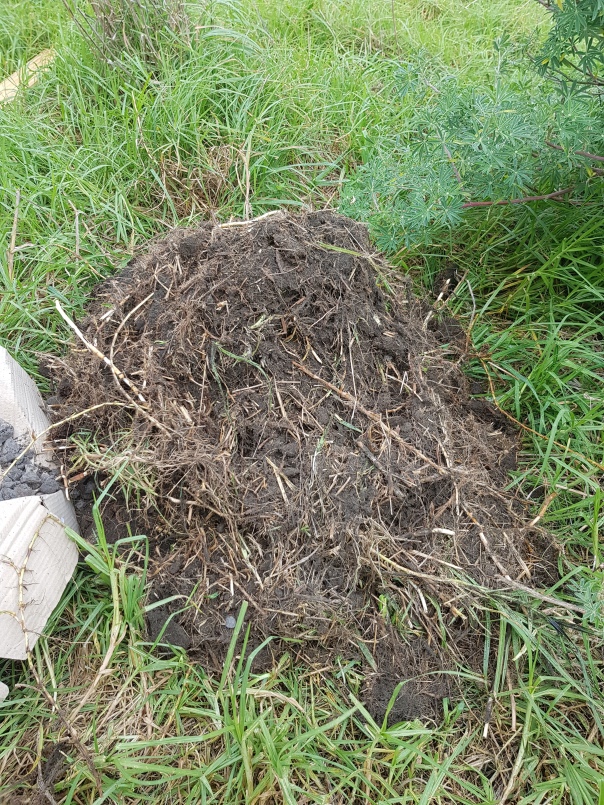 I pulled out a mountain of Kikuyu roots!

It is worth persevering with because eventually you get something to be pleased with. I was at a point where it was almost round enough and every time I applied a new layer it wasn’t smooth and lovely like I wanted it to be so I thought I’d give it a gentle mist with the hose to smooth it over. That didn’t work but I got a lovely texture that disguised all the lumps and bumps and I happily decided I was done. 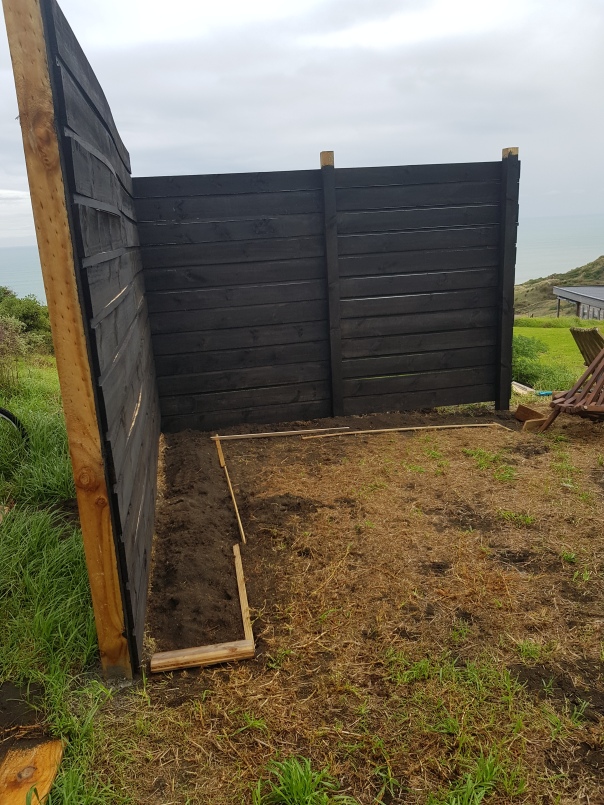 This was a tad exhausting but it feels good to know the job was done thoroughly. You can’t really cut corners when trying to get a weed free bed.

I didn’t take many photos because with the gloves and the cement and the mess it was a little tricky, so I have a before and after for you. The rest of the images are from yesterdays efforts on the nook. The day was nice and sunny so I was pleased I’d been out on the rainy day before to get paint so I was able to finishing the painting. Then I dug down a spades depth all around where we want to put plants, to remove the kikuyu roots. They don’t seem to go down too deep, but I dug up a mountain of them! I think I’ll need to put in some kind of barrier to keep them away. After that effort I was stiff and sore and a little weary. I’m pleased today is a rainy day again, so I can get a break from making hay while the sun shines to do some computer gardening.

Come again soon – the veggie patch is calling to me and its cries are getting louder.

← Unpredictable Days
A month in review →